For those of you who are not able to join David Hatherway at Wembley on the 31st August and you can get to Chichester, join Alan Crook, Prayer For Rebuilding Britain with Roger French and David Tidy.

We are joining indirectly with David Hathaway as he has called the nation to
prayer. Since his meeting will be in London, and many folk will have difficulty getting there we are offering the same opportunity here in Chichester.
We will have contributions from Roger French who has
been in church leadership for 34 years and during this
time has planted three new churches. Roger is a well-
known bible teacher, preacher and conference speaker.
He was a lecturer at Christ For the Nations Bible College
for many years and has taught on Revelation TV. Roger
has also ministered in many countries including the
Philippines, Spain, India and the Czech Republic. 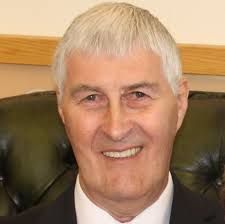 Our second speaker is David Tidy. He has been a
pastor for twenty-five years before the Lord
called him into a full-time itinerant ministry. He
has been called to teach on intercessory, prayer
action and spiritual warfare. He had run a
ministry house for a number of years seeing
many people set free from their past to now
serve the Lord our God. He has taught in bible
schools and at international conferences here in
the UK and abroad. He has taken teams to bring
reconciliation of sins committed by our nation in
many other nations, recently several times to NZ with the Maori people. Israel,
God’s land and people is at the centre of David’s heart and works with the
International Christian Chamber of Commerce, Love Never Fails, and others to
build and strengthen relationships with the Jewish people. David is coordinator of
Prayer Warriors International.

Leader is Alan Crook who will be hosting the meeting

A call to Prayer The Lord, the future, the nation!

With talks from Roger French and David Tidy

Details of Day of Prayer For Britain at Wembley.

Day of Prayer for Britain 2019

Email ThisBlogThis!Share to TwitterShare to FacebookShare to Pinterest
Labels: Day of Prayer, Pray for Boris Johnson, pray for UK, prayer, prayers for the nation, righteousness and justice, transformation